Nearly 40 years after the Ebola virus was identified in Antwerp, ITM’s three scientific departments (Biomedical Sciences, Clinical Sciences and Public Health) and supporting services rallied around a common cause: combatting the outbreak of Ebola Virus Disease in West Africa.  As an academic institution and Belgian reference centre for tropical diseases, we supported the Ebola response with all our means and expertise, in Belgium and in the worst-affected countries. 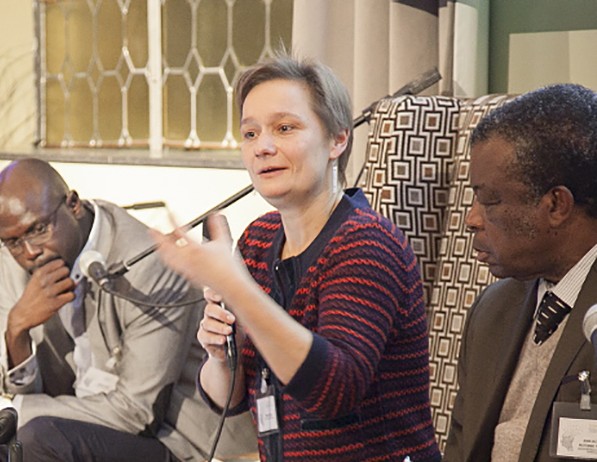 Moreover, from virtually the beginning of the epidemic, our researchers and doctors of tropical medicine have played an important role in the coordination of Ebola preparedness in Belgium. 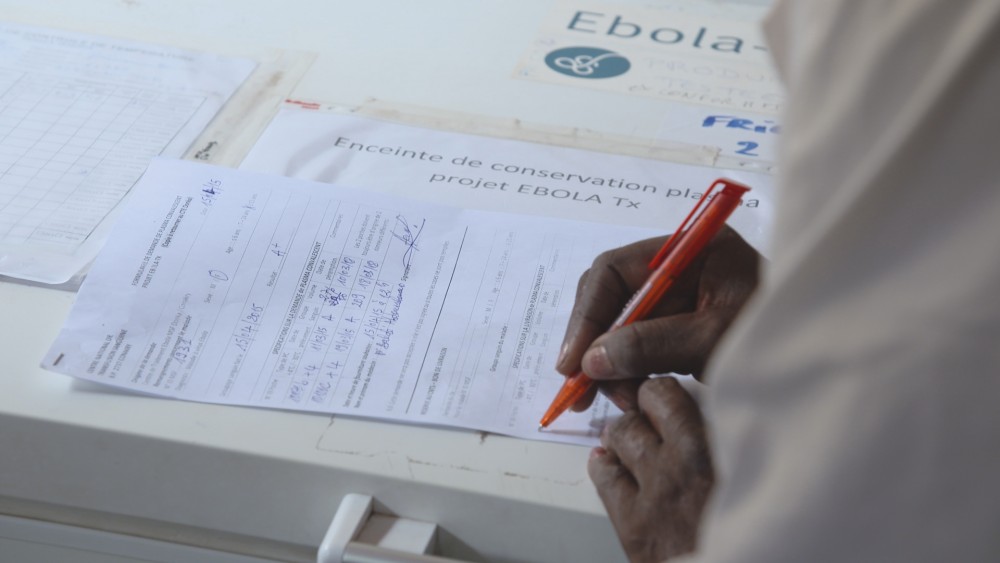 In 2014, the European Union’s Horizon 2020 research and innovation programme provided € 2.9 million to evaluate the safety and efficacy of Ebola treatment using plasma made from the blood of recovered Ebola patients containing antibodies against the virus. An international research consortium led by ITM will attempt to find out in a clinical study whether this therapy improves patients’ chances of survival. The study began in February 2015 at the Donka Ebola Treatment Centre run by Médecins sans Frontières in Conakry, Guinea. www.ebolatx.eu

Diagnosis of Ebola in Antwerp 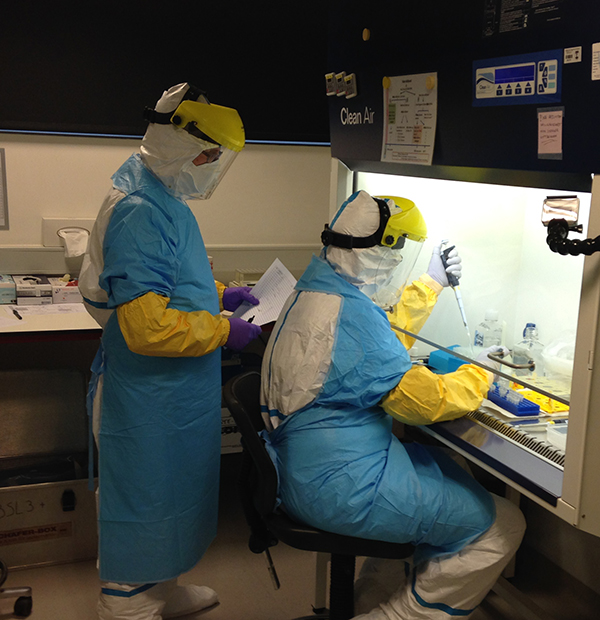 Initially, blood samples of the first suspected Ebola cases in Belgium were sent to Hamburg’s Bernhard Nocht Institute for Tropical Medicine despite ITM already having the technical capacity to perform Ebola diagnostics. This protocol prolonged the waiting time for results from 12 to 24 hours. However, following a thorough biosafety inspection at the end of October 2014, ITM received the approval of the Flemish and federal authorities to begin testing. ITM’s laboratory is the first in Belgium to receive this accreditation.

Our virology research group and clinical laboratory jointly carry out Ebola diagnosis. Virologists first neutralise the blood sample and then extract and isolate its genetic material. The procedure is performed in a highly secure BSL3+ laboratory (“Biosafety Level 3+”). The inactivated sample is subsequently analysed by the clinical lab using advanced molecular diagnostics.

Prior to working with Ebola patients, all healthcare providers involved in the care of Ebola patients must receive training and demonstrate competency in performing all Ebola-related infection control practices and procedures.

ITM’s Department of Clinical Sciences has held regular personal protective equipment training sessions, special training sessions for researchers heading to Guinea for the Ebola-Tx clinical trial and has included an Ebola module in its postgraduate course. The department also organised two evening seminars for general practitioners; one in Dutch in Antwerp, and one in French in Brussels.

Many of our colleagues, whether epidemiologists, lab technicians or anthropologists, had no intention of standing by idly as Ebola spread across Guinea, Liberia and Sierra Leone. Several of them took unpaid leave, joining the field teams of organisations such as Médecins Sans Frontières, the European Mobile Laboratory Project or the WHO in one of the three affected countries.

For complete and up-to-date information on Ebola, Belgian citizens and health professionals can consult www.info-ebola.be. This portal is based on ITM’s Ebola website and was further developed as a joint initiative by ITM, various health authorities and the Belgian Scientific Institute of Public Health (WIV-ISP). The website is managed by ITM in close cooperation with the national Ebola coordinator and Ministry of Health.

Meet our staff involved in the fight against Ebola