An October 2014 article in The International Journal of Tuberculosis and Lung Disease confirmed the success of what has become known as the Bangladesh regimen, developed by ITM’s Armand Van Deun and his team. The fruits of over a decade of joint efforts with the Damien Foundation Belgium could revolutionize global tuberculosis control, yet drug resistance continues to loom just around the corner

Annually, 9 million people develop tuberculosis worldwide and 2 million do not survive the infection caused by the mycobacterium M. tuberculosis. Sixty per cent of all new TB cases occur in Asia, while Africa has the highest rates of TB patients per inhabitant. Currently, the most dangerous threat to global tuberculosis control is the increasing epidemic of multidrug-resistant tuberculosis (MDR-TB).

Treatment of this serious condition is difficult due to the regimen length and toxicity of second-line drugs. During the past decade, ITM researched a shorter, less-toxic treatment regimen, with the support of the Damien Foundation. The 9-month treatment, which replaces the currently recommended duration of 18 to 24 months, will potentially revolutionize the global management of this condition. In 2010, our researchers reported that this treatment, based on a combination of existing drugs, had increased the success rate from 65% to 88% for MDR-TB patients in Bangladesh.

The researchers confirmed these remarkable findings in an October 2014 article published in The International Journal of Tuberculosis and Lung Disease. The researchers report a favourable outcome in roughly 85% of cases, in spite of increasing levels of serious second-line drug resistance. A smaller study in Niger similarly confirmed the ITM results regarding the shorter treatment. These findings provide hope that we can avoid amplification of resistance to forms worse than MDR-TB if we optimally combine available medicines and if these principles are respected in TB control programmes worldwide. This also means that new drugs that are in the pipeline can have a longer life span.

However, it is clear that the regimen efficacy is starting to suffer from the fast rise in high-level drug resistance to fluoroquinolones, the core drugs for this treatment. To further complicate matters, the by far most effective fluoroquinolone on the market, gatifloxacin, has now been banned in Bangladesh. To preserve its efficacy, modifications to the regimen are now being investigated in the country. The lifesaving regimen is currently being tested in the STREAM study, a formal clinical trial in South Africa, Ethiopia, Mongolia and Vietnam, which represent countries with higher rates of HIV co-infection than in Bangladesh.

The collaboration between the Damien Foundation, which celebrated its 50th anniversary in 2014, and ITM has resulted in several important breakthroughs. These include numerous improvements to global guidelines on tuberculosis smear microscopy and the fact that high quality standards for smear microscopy in laboratories can now be assured throughout the developing world. 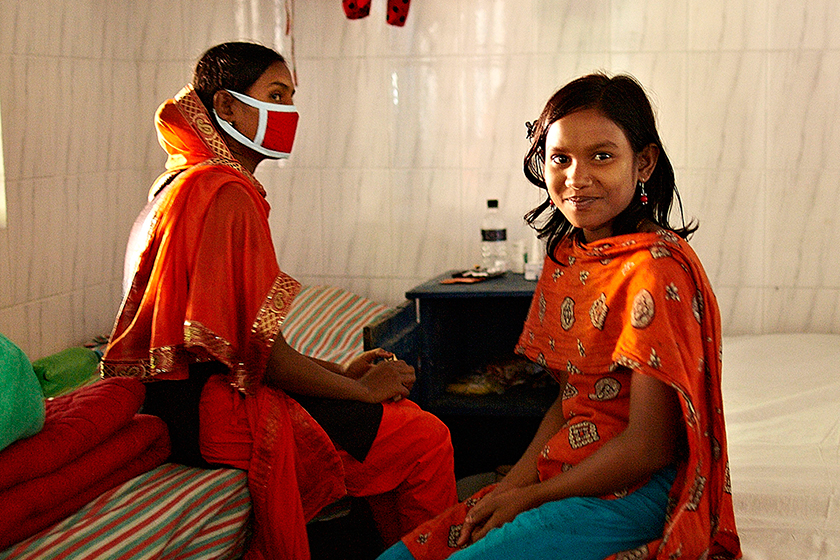