Intensive screen-and-treat campaigns by mobile teams have helped to significantly reduce the number of new cases of sleeping sickness (Human African Trypanosomiasis) in the Democratic Republic of the Congo (DRC). However, if control efforts are reduced, the disease will inevitably flare up once again. For this reason, researchers from ITM’s Department of Public Health are trying to determine how the DRC’s general healthcare services can become more sustainable in fighting the life-threatening disease.

In 2014, the Margaret A. Cargill Foundation provided ITM with a 3-year project grant of nearly 5 million dollars to strengthen the overall functioning of district health services in the DRC. The project, run jointly with implementing partners Memisa Belgium and the Liverpool School of Tropical Medicine (LSTM), develops model health districts in Mosango and Yasa Bonga in the Bandundu province where sleeping sickness is exacting the heaviest toll. Local communities are actively involved in the new approach.

“Innovation is the researcher’s best friend in the quest to ward off sleeping sickness.”

“Innovation is the researcher’s best friend in the quest to ward off sleeping sickness,” said Dr. Epco Hasker of the Department of Public Health. Recently, new rapid diagnostic tests co-developed by ITM received market authorisation in the DRC and were deployed as part of the project. These rapid tests make it easier to screen for the disease in a health centre.

At the same time, LSTM employs a novel method of vector control. As sleeping sickness is transmitted from human to human by the tsetse fly, vector control efforts can in theory play a major role, but so far the methods used have been cumbersome.  However, new tools have also been developed. ‘Tiny targets’, which are small insecticide-treated screens that attract tsetse flies and kill them, have proven to be as effective as traditional tsetse traps, but are much cheaper. The project has used the new traps for the first time on a large scale in the DRC. If their deployment in the study area proves successful, tiny targets will become an important tool in sleeping sickness control in the DRC.

The project is implemented in close collaboration with local partners in the DRC, in particular with the national sleeping sickness control program (PNLTHA), the Lubumbashi School of Public Health and district health authorities. 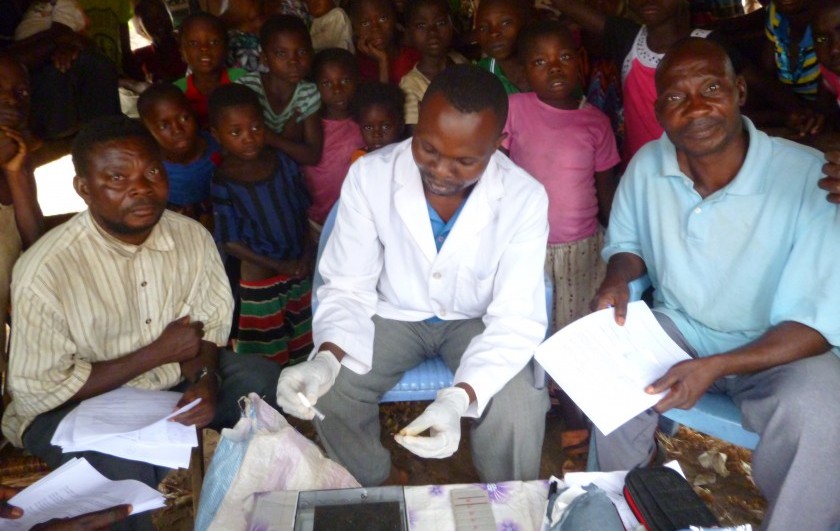 Sleeping sickness screening in the DRC