The number of girls and women in Belgium who have undergone female genital mutilation (FGM) has doubled according to a study carried out by the Institute of Tropical Medicine at the request of the Federal Ministry of Public Health.

The study, presented in early 2014, estimates that in Belgium there are more than 13,000 women and girls having undergone FGM, compared to 6000 in 2008. What’s more, about 4000 girls are at risk, more than double the amount compared to five years earlier.

This considerable increase is mainly due to an influx of migrant women from countries where FGM is a common practice, such as Guinea, Somalia and Egypt. These figures show an increased need for sexual, psychological and surgical care in order to deal with the harmful effects of FGM.

Most affected women were subjected to FGM in their country of origin. However, girls under the age of 5 are still at risk of female genital mutilation while on holiday in their homeland or even on Belgian soil. Medical staff in Belgium told the researchers that they get questions about performing FGM on young girls. In Belgium, the practice has been explicitly prohibited by law since 2001. Parents, therefore, take their girls to neighbouring countries or to their country of origin to carry out the intervention. Since 2008, specialised associations have set up prevention and support units for FGM victims. However, their efforts should be further strengthened.

Former Minister of Social Affairs and Health, Laurette Onkelinx, announced the establishment of two centres for multidisciplinary treatment of mutilated women at the University Hospital in Ghent and at the Saint-Pierre University Hospital in Brussels. The government will earmark an annual budget of 500,000 euros, which will enable each centre to help 200 women per year.

Regular updates on the figures on FGM are needed to foster a better understanding of the prevalence data in the countries of origin, the effect of migration and the need for care in Belgium. 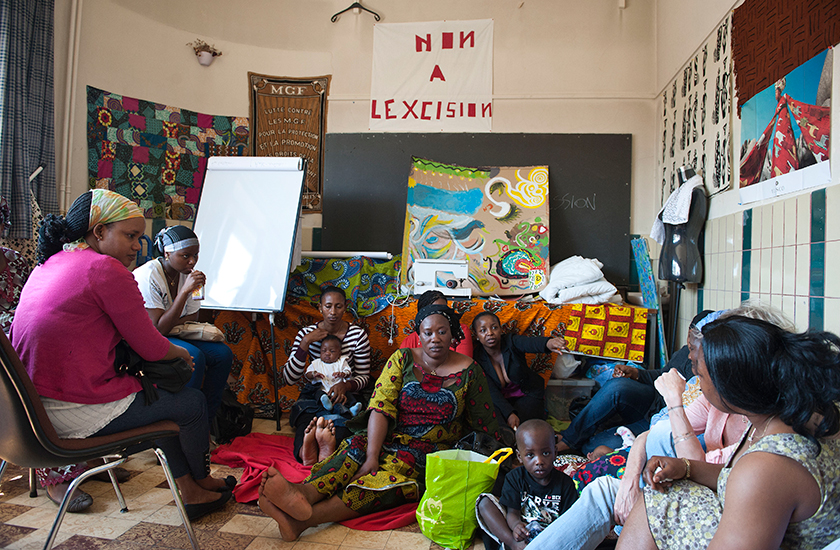