In March 2014, the Flemish TV station VTM aired the first episode of “Cordon”. This captivating drama series revolves around a fictitious virus that escapes from an imaginary infectious disease institute in Antwerp. The makers turned to ITM for scientific advice and even shot several scenes on its landmark premises. ITM seized Cordon as an opportunity to put a spotlight on the general problems of infectious diseases worldwide. In large parts of the world, tens of millions of people, including a large percentage of children, die each year from diseases caused by viruses, bacteria or parasites. Infectious diseases are also on the rise in Europe, due to antibiotic resistance, international movement of people and goods and climate change. Both the media and public were immediately wedded to the TV series and eager to learn more about ITM’s real activities. The attention intensified when, at the end of March, the WHO rang the alarm about an Ebola outbreak in Guinea, which turned out to be the largest epidemic of the virus disease ever recorded. During the 10 weeks Cordon was on the air, our Head of Virology, Prof. Kevin Ariën, wrote a blog to share some insights in the world of real viruses, taking the public from fiction to reality. In November 2014, the public gladly took the opportunity to take part in a Cordon tour at ITM on the occasion of Flemish Science Day. 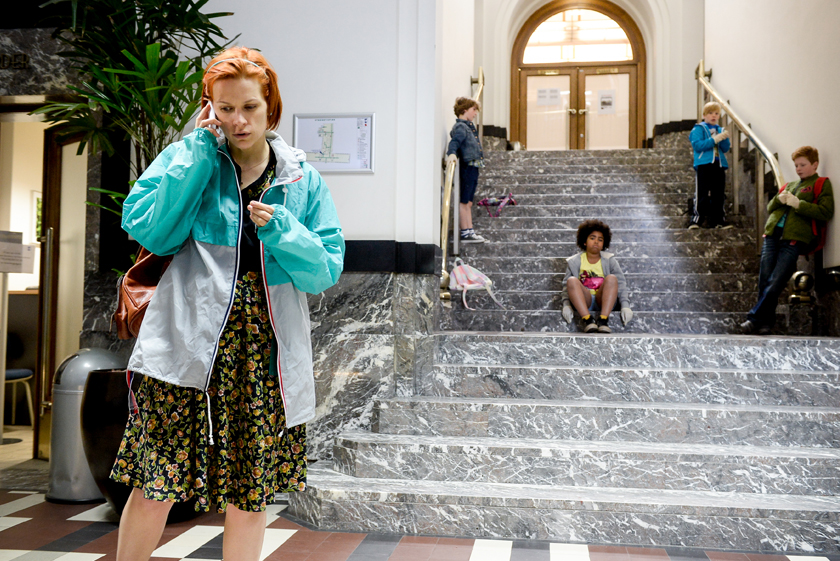 Cordon scene in the hallway.